“So, I wanted you all to see this, because I really love it.  It’s not the greatest spoken word performance because I think he gets a little excited, and I’ve shown this to other people before and they haven’t been super impressed, but I think it’s just really special.  So here it is.”

Paige pushed her plastic frames back up her nose and picked up the remote.  She smiled a sweetly hesitant smile and pushed play.  On the screen was a spoken word poet – a young man with mussed brown hair talking about his work shirt – his work shirt that he wears even when he’s not at work.  And more than that – his coworkers at the pizza place and the beauty that’s hidden behind those faces – those faces that we see every day in the mall, the grocery store, the library, and the pizza joints, but never really think about.  And he talked about how he carries each and every one of those people around with him, even when he’s not at work.

As I listened to it, I had to smile.  Because I saw the truth in it.  I thought about the people that I worked with at the grocery store that I still think about quite often, even if I haven’t seen or talked to them in years.  When someone touches your life in a positive way, you do carry them around with you.  And as I left CAP this month, I knew that it would be true for me with this parting as well.  Because I wear my work shirt when I’m not at work.  Or, more specifically in this case, I wear my CAP shirt when I’m not at CAP.  And it’s not just because I have, like, 50,000 CAP shirts.  It’s because I’ve met so many awesome people that I want to keep with me even when I can’t be physically present with them anymore.

There are the people that I met when I was in McCreary.  Janet, our orderly, laughing, caring, delightful mother-figure.  Kate – steady, faith-filled Kate – ever ready to wander off into the woods with me (I never really understood the value of having a hiking buddy until I didn’t have one anymore).  Josh, a pillar of human compassion in an MIT shirt.  Meghan, who was refreshingly ever able to laugh at herself (will I ever forget the way that you shuddered at ketchup?  Or your celebrity death lists?).  Olga, overflowing with love and enthusiasm (I haven’t sent you an internet hug in a long time, Olga, so – INTERNET HUG!).  David proudly shooting off puns, eyebrows raised and smile wide. 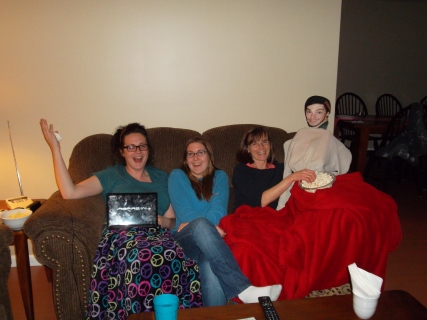 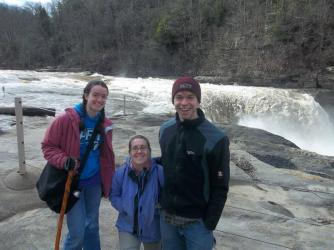 The Lord is our shepherd. And that is why Kate and I tend to/sit on/pet his sheep.

And Mike O’Brien.  Whenever I try to capture the essence of Mike in words, I find that I have trouble.  He truly is one of kind.  When I left CAP the first time, I remember looking at Mike and thinking “I am never going to get the opportunity to work with another person just like this guy again.”  And it was a sad thought.  I think Mike’s enthusiasm, craziness, and readiness to listen were exactly what I needed that year.

Speaking of Mike O’Brien – there are all of the people that I met at Camp AJ.  Two of my favorites are Priscilla, a gal with a highly contagious laugh and the ability to make anything fun, and Nathaniel, a delightful mixture of thoughtfulness and ridiculousness.  Put them together and rib-cracking laughs are sure to ensue.  Will I ever forget that car ride back to camp from Mike’s house?  Nathaniel driving like a nut; Priscilla, between laughs, crying out “I am pushing on my imaginary brakes!  That means that you should be pushing on your actual brakes!  You are going to get us killed!”  Me in the backseat:  “Nathaniel, if you kill us, we will haunt you.”  Nathaniel (in the official Fouch camp voice):  “Excellent!  If I could pick any two people in the whole world to haunt me, it would be you two!  I would just have these two ladies following me around and sassing me all the time!  I can’t think of anything better!”  I laughed so hard it hurt.  I can never think about Camp AJ without thinking about Priscilla and Nathaniel.

And then there’s Carlo – the steady fisher of men.  In a summer when I was feeling a little out of joint and spending most of my free time doing laundry – he came along.  He helped me fold sheets – but he did more than that.  With his quiet thoughtful maturity, his compassion for the kids, and his ability to burst out into moments of hilarity, he helped me realize that maybe camp hadn’t lost some of its magic after all.

And then there are the people that I never really got to know nearly as well as I would have liked to – but who I think the world of nonetheless.  Molly with her crazy curls and her “Life is an adventure! Let’s go!” attitude (Carlo once said of her “I look at Molly and I think ‘There is no way that I am ever going to be this awesome.'”  Don’t we all feel that way?).  Amy with her “Honey Child”s and her Asian pant-thingys.  Theresa/Treek with her easy laugh, solidity, and ability to pull fun out of the clouds.  Sweet, funny, ever-helpful Miss. Connie (someone once said “If you don’t love Miss. Connie, there’s probably something wrong with you.”  Ain’t that the truth?). 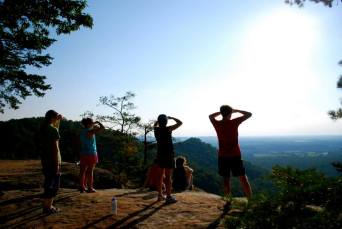 And then there are the people who I met in Jackson.  My office parents:  Clarence, the kind, thoughtful, generous, understanding (mischievous) crew leader; and Carrie, the kind of beautiful, loving, caring soul who you wish could have a life full of nothing but rainbows and sunshine.  All of these times that I’ve been coming to Kentucky, I’ve always said that I come because I love CAP and not necessarily because I love Kentucky.  That changed this year.  This year, as I got ready to leave, I realized that a lot of the things I was saddest to leave were Jackson County, Kentucky things – and not necessarily CAP things.  And Clarence and Carrie (and Peggy and Danny and Priscilla and Miss. Connie and Heather and Mac and…), with their thoughtfulness, their warmth, and their laughter were a big reason for that.

And then there’s Debbie, who is quite possibly one of the most caring people I’ve ever met, but often worries that she isn’t being caring enough.  She always reminded me of something that my mother once told me about the Wizard of Oz:  “Pay attention to the lion, the scarecrow and the tin man.  All of the things that they want the most (courage, a brain, a heart) are things that they already have.”  (Debbie, if there’s anything in this world I want you to know, it’s this:  You don’t have to go searching for whatever it is that you think you’re missing – your courage, your brain, your heart – you already have it).

And I can’t forget Anna, the laugher.  We have opposite tastes – (Anna:  American literature?  Me:  Nope, I’m for the Brits.  Anna:  Poetry?  Me:  No, I’m into prose.  I like Robert Frost, though.  Anna:  Ugh.  I do not like Robert Frost.) but it doesn’t matter a bit.  We shared so many good talks and good laughs…and dare I say it?  Disastrous (but mostly still fun) hikes.

And so many others:  Connie, who brightened up the room with her laughs and her Korean spunk (why couldn’t we have been housemates for more than two months?  Whhhhhyyyyy?).  She wanted to catch a chicken.  So Clarence made sure that it happened.    Larry, my Workfest kindred spirit in the shape of a retired hog farmer with a Mary Poppins trailer.  Janean, with the kind of enthusiasm for life and genuine compassion for others that you might only come across once in a lifetime.  I wish that I could devote a line to everyone who has impacted me at CAP – but (Blast it!) that beautiful nuisance known as editing is already whispering “too long, too long.” 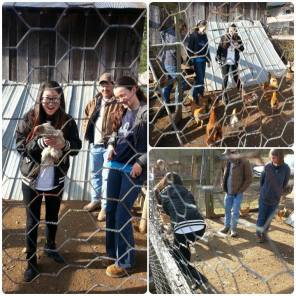 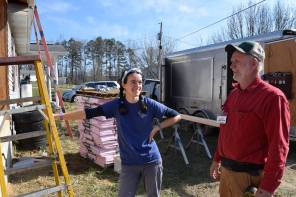 Yes, siree. I’ve met a lot of truly amazing people in all of the years that I’ve been coming to CAP – so many, in fact, that I can’t even list them all (and just because I didn’t list you doesn’t mean you’re not included in that category ).  And that’s why I wear my CAP shirt when I’m not at CAP.  Because some things are just too good to forget.

And I guess this is just my way of saying thank you.  Thank you for being your crazy wonderful selves.  I’m so glad our lives crossed paths. 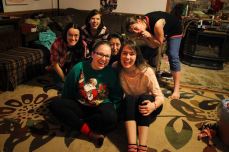 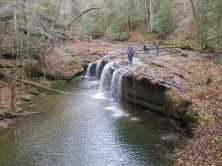 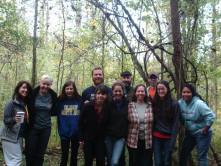 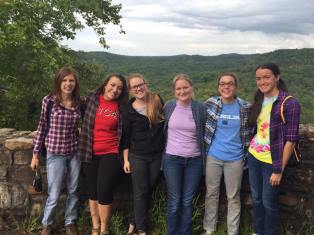